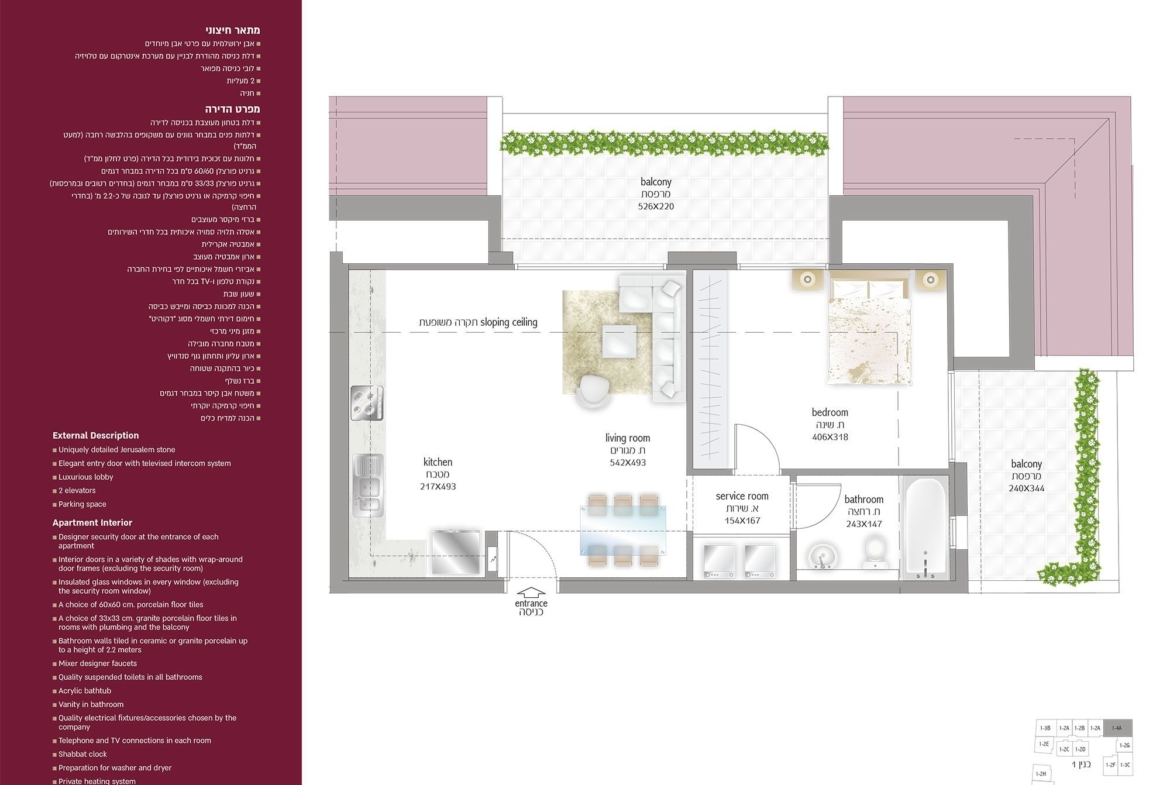 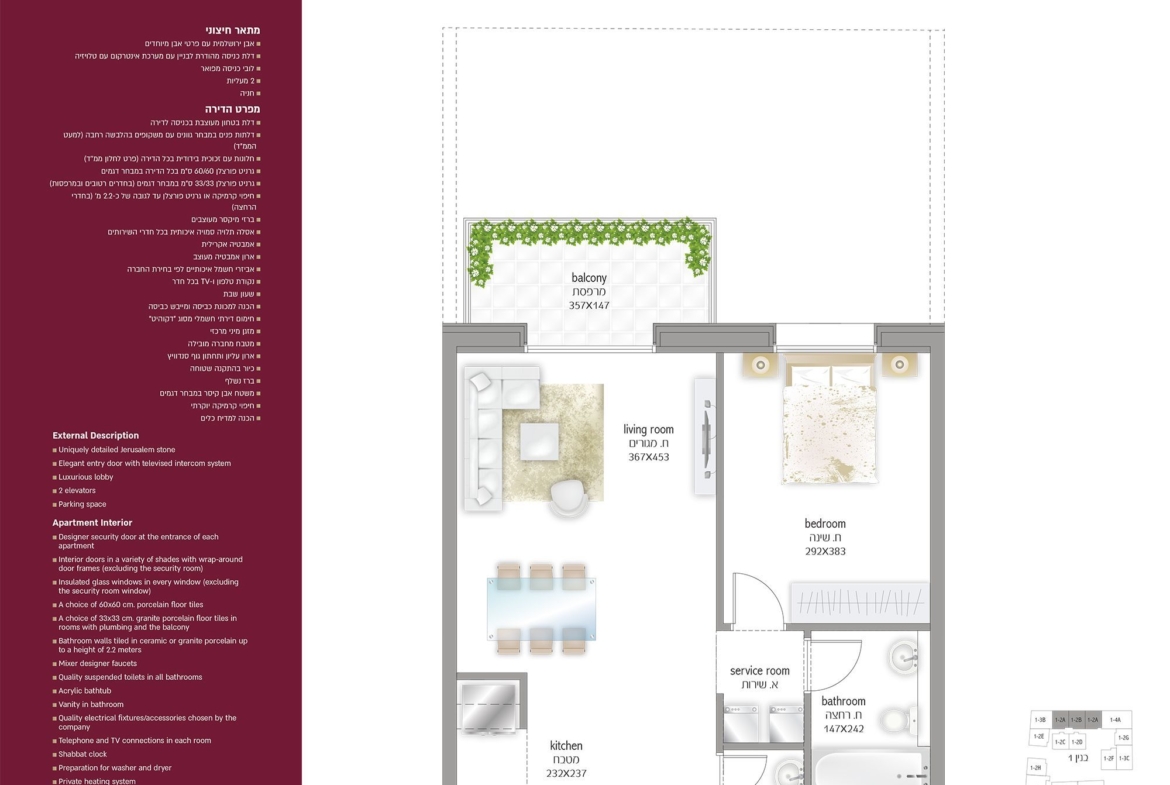 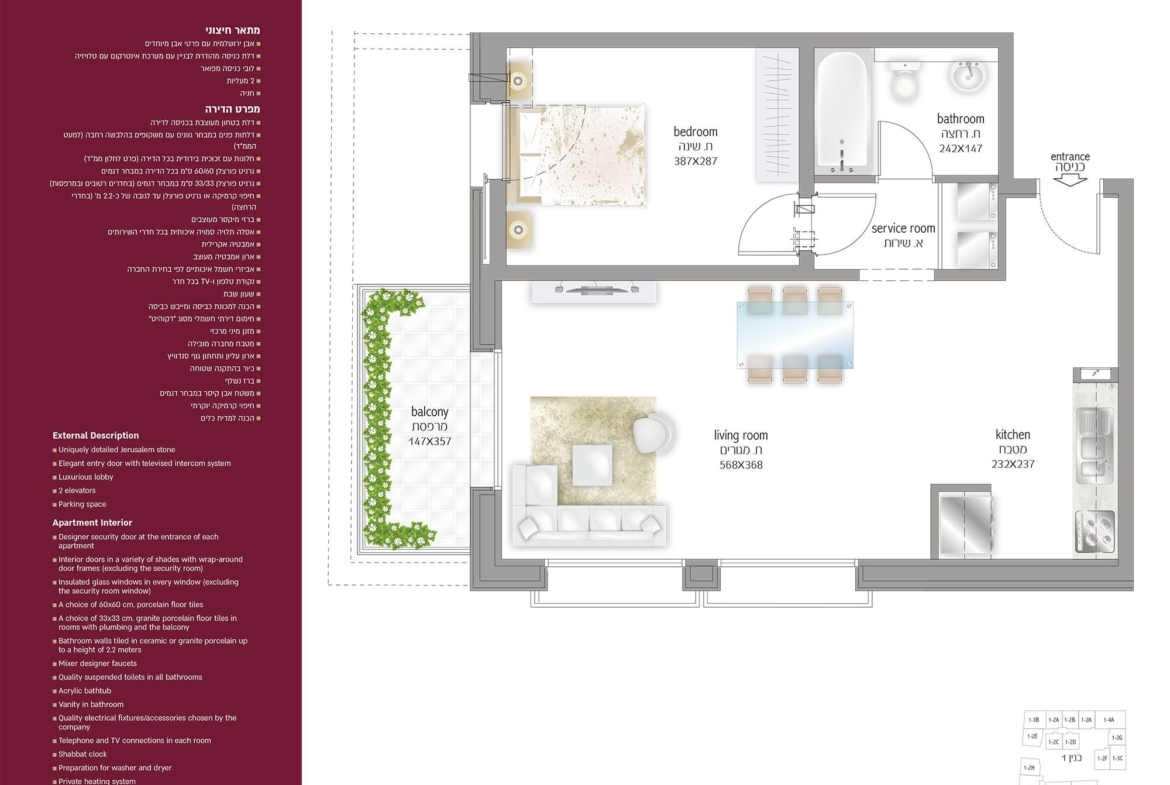 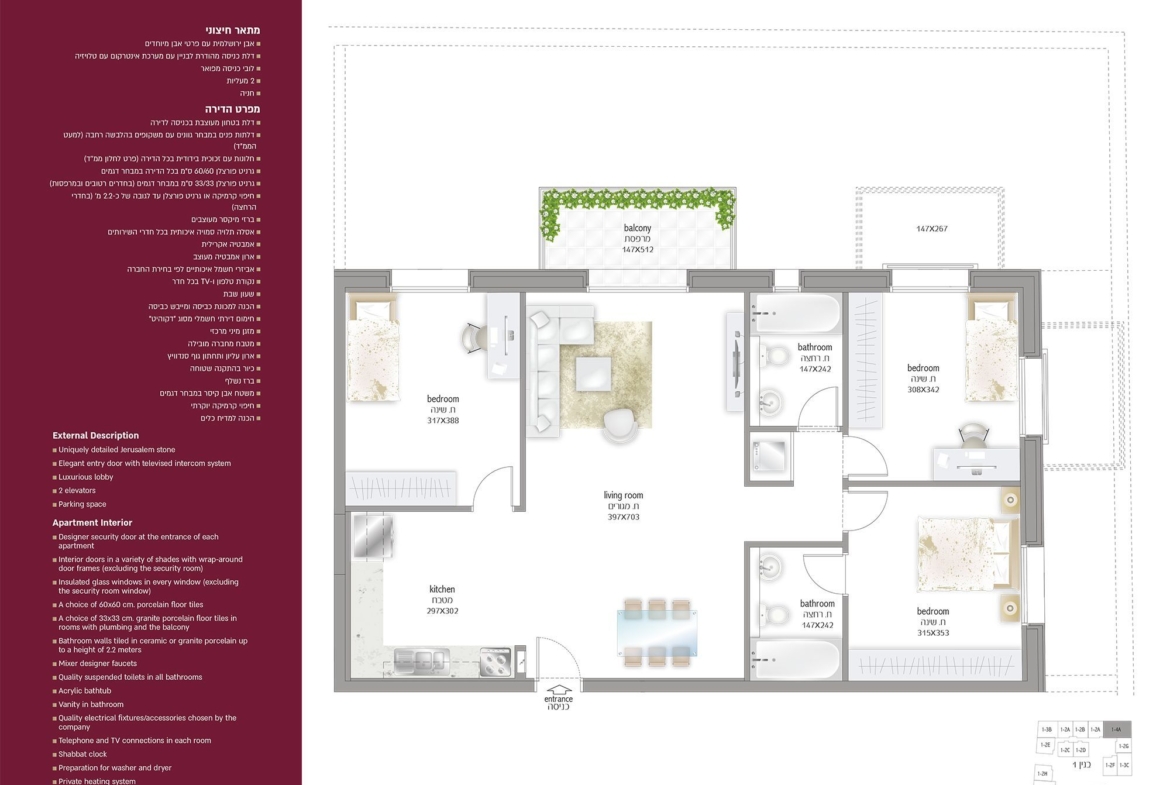 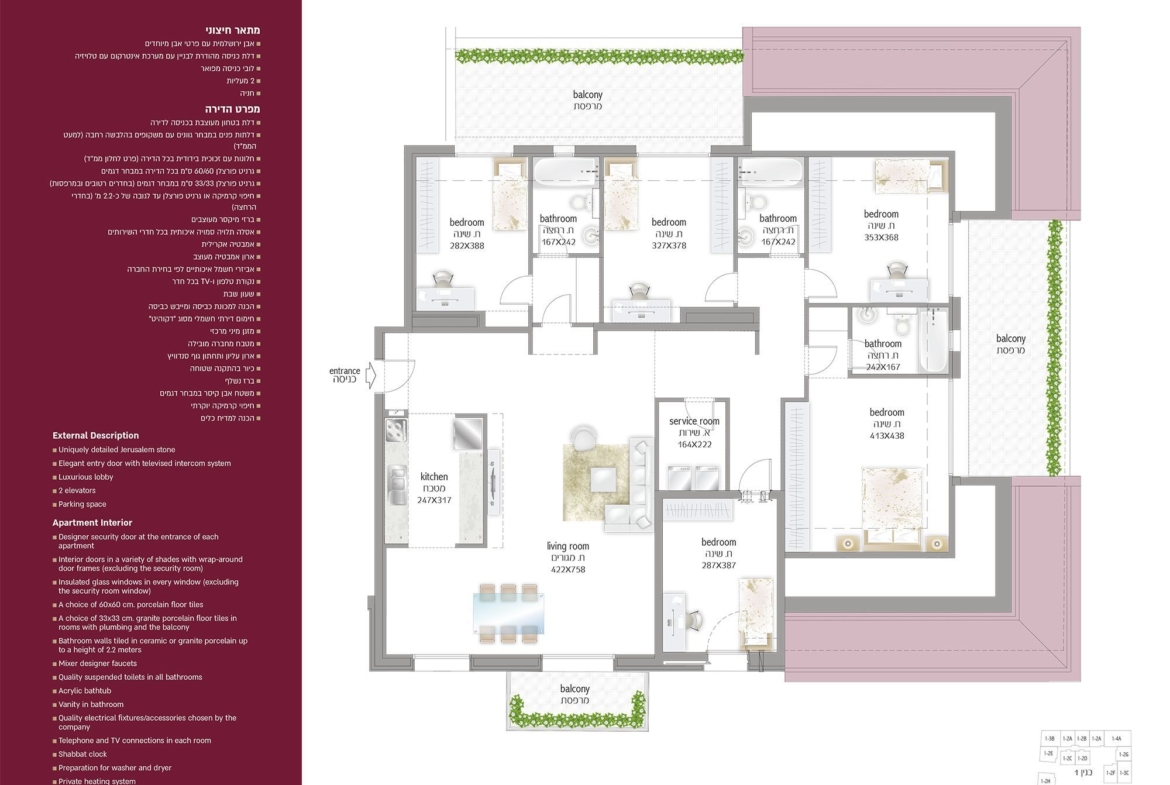 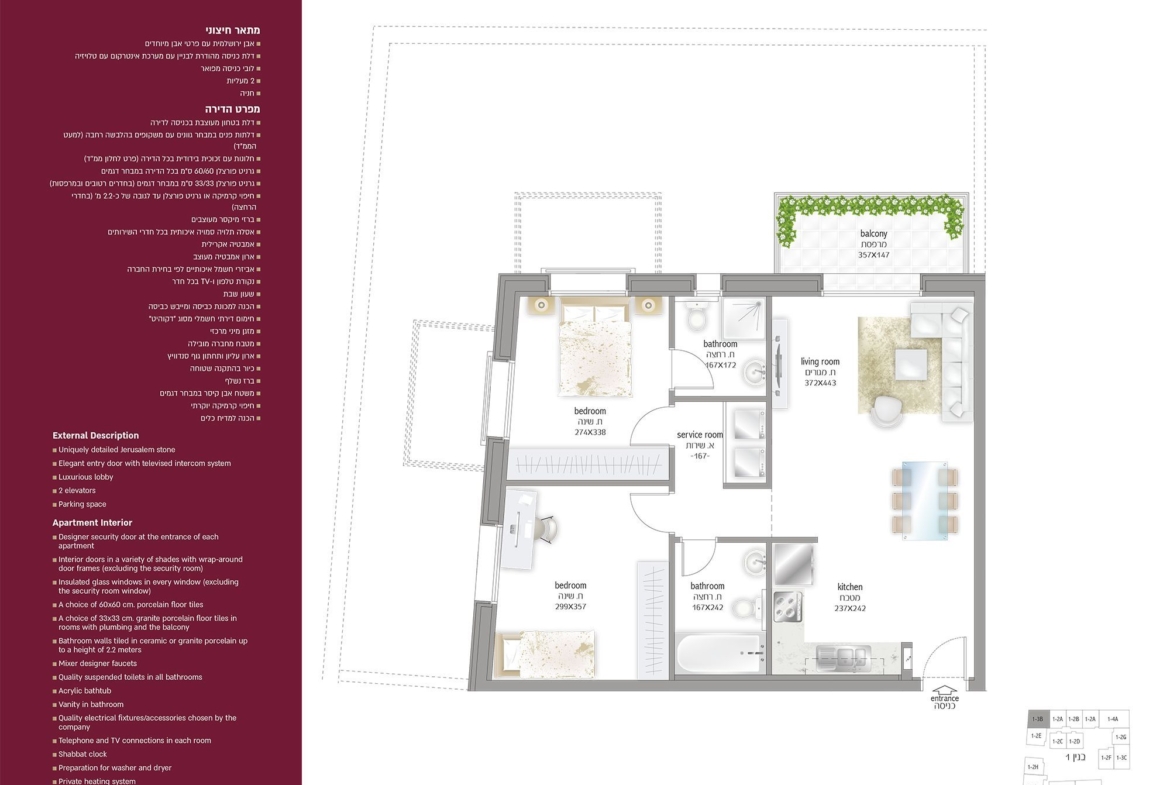 Can one live in the heart of historic Jerusalem and at the same time be in the center of the “action” of modern Jerusalem? The answer is yes, if the location is one that encompasses both. The site of “Song of the Prophets,” a new housing development under construction on Nevi’im Street (in English, Street of the Prophets) in central Jerusalem. The project is being developed by Sheinfeld, one of Israel’s most veteran building companies, with a history of quality housing development in Jerusalem, Beit Shemesh, Kfar Sabba, Bnei Brak and Emanuel, as well as business and industrial construction in several locations, including the US consulate (now embassy) in Jerusalem. The company is headed by Moshe Sheinfeld, a man with some 50 years of experience in his field. The company is currently developing residential projects in Beit Shemesh and Jerusalem, and in the near future is planning to build a commercial/office tower in Ramat Gan. . Song of the Prophets encompass 80 housing units, ranging from two to five rooms, plus a number of cottages finished to a high level commensurate with the quality housing already existing in the area.. Nevi’im Street is an avenue with a dynamic history. Extending from Kikar Davidka (Davidka Square) near Jerusalem’s iconic Mahane Yehuda outdoor market and extending to near the walls of the Old City, Nevi’im Street was one of the pioneer arteries developed when Jerusalem first began to extend beyond the l6th Century walls of the Old City. It soon became the domicile of foreign consulates, businesses, a hospital and residences of prominent Jerusalemites of the past. Many buildings there bear unique stylistic elements. Nevi’im Street is also only one block away from Jaffa Road, which cuts through the heart of downtown Jerusalem and is traversed by the city’s first, ultramodern light rail line. Along Jaffa Road and its adjacent pedestrian-only lanes one can feel the rhythm of the modern city, filled with restaurants, coffee shops, boutique stores, Judaica shops and hotels. Jerusalemites and visitors from elsewhere in Israel and all over the world throng in traffic-free lanes day and night. And, by contrast, also within close walking distance, is ancient Jerusalem, the Old City with its exotic Arab markets, its diverse population, and of course, its crowning glory, the Kotel, the Western Wall. All of this is what awaits residents of the Song of the Prophets on Nevi’im Street in Jerusalem’s newest prestigious housing development. To learn more about the possibility of realizing your dream on the Street of the Prophets, Nevi’im Street, contact the agency marketing the project, Tivuch Shelly, headed by Shelly Levine. For 33 years she has been successfully matching buyers from overseas and veteran Israelis to homes that suit their needs in Jerusalem, Beit Shemesh, Modi’in and elsewhere in Israel. She has sold many hundreds of Sheinfeld-built homes to satisfied customers over the years. Regarding this latest project, Levine says that Song of the Prophets combines the finest that ancient and modern Jerusalem has to offer.

Sort by:
Leave a Review

Please enter your username or email address. You will receive a link to create a new password via email. 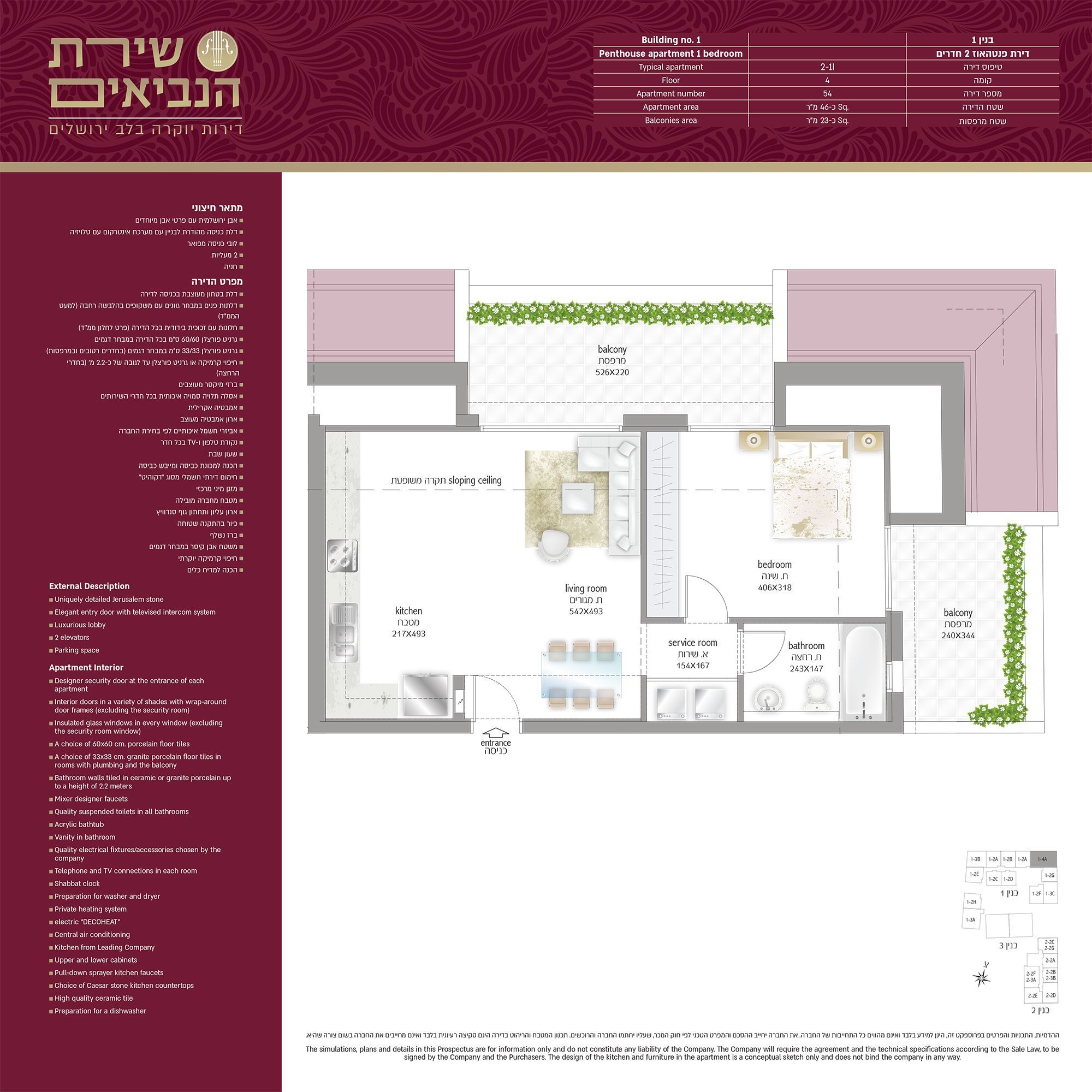 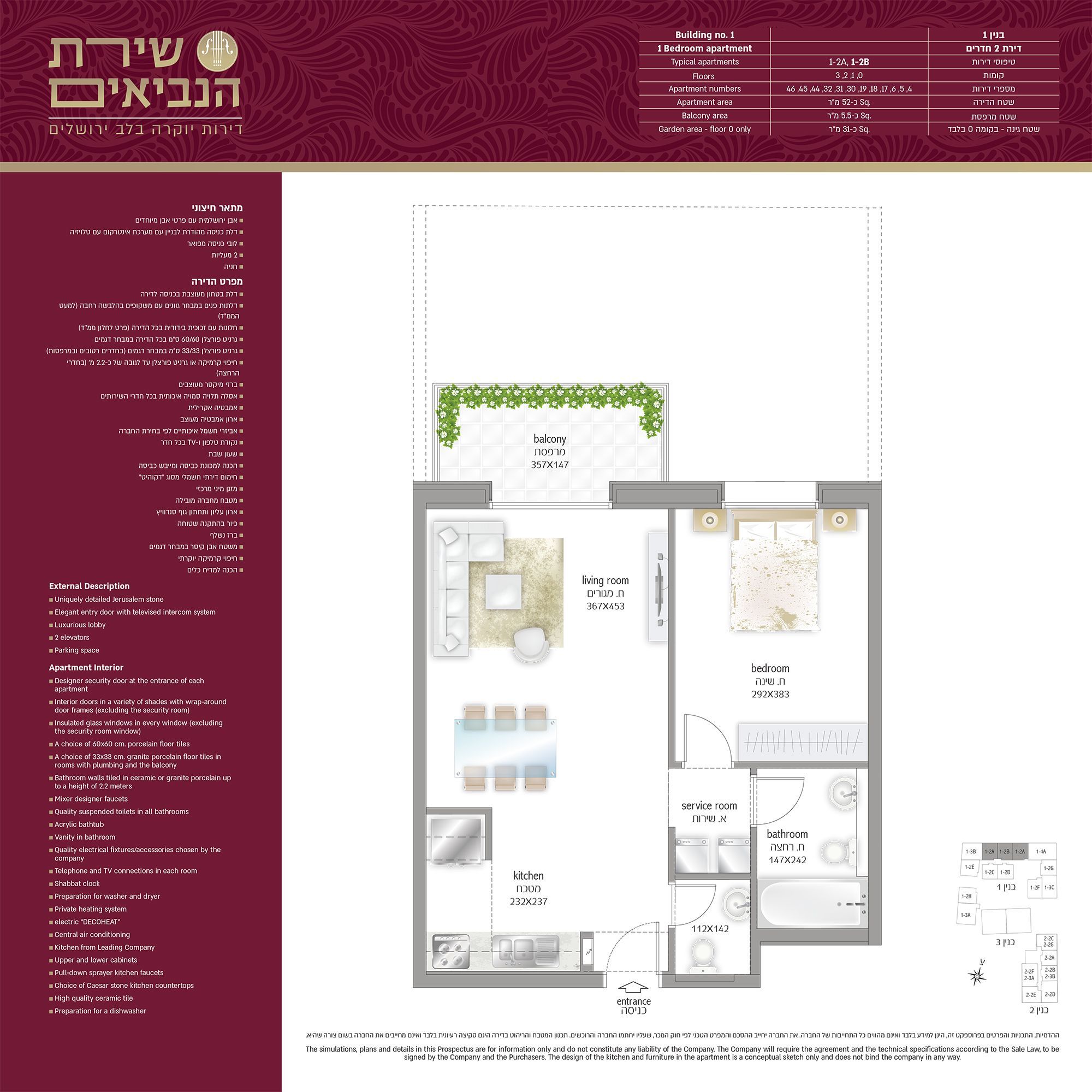 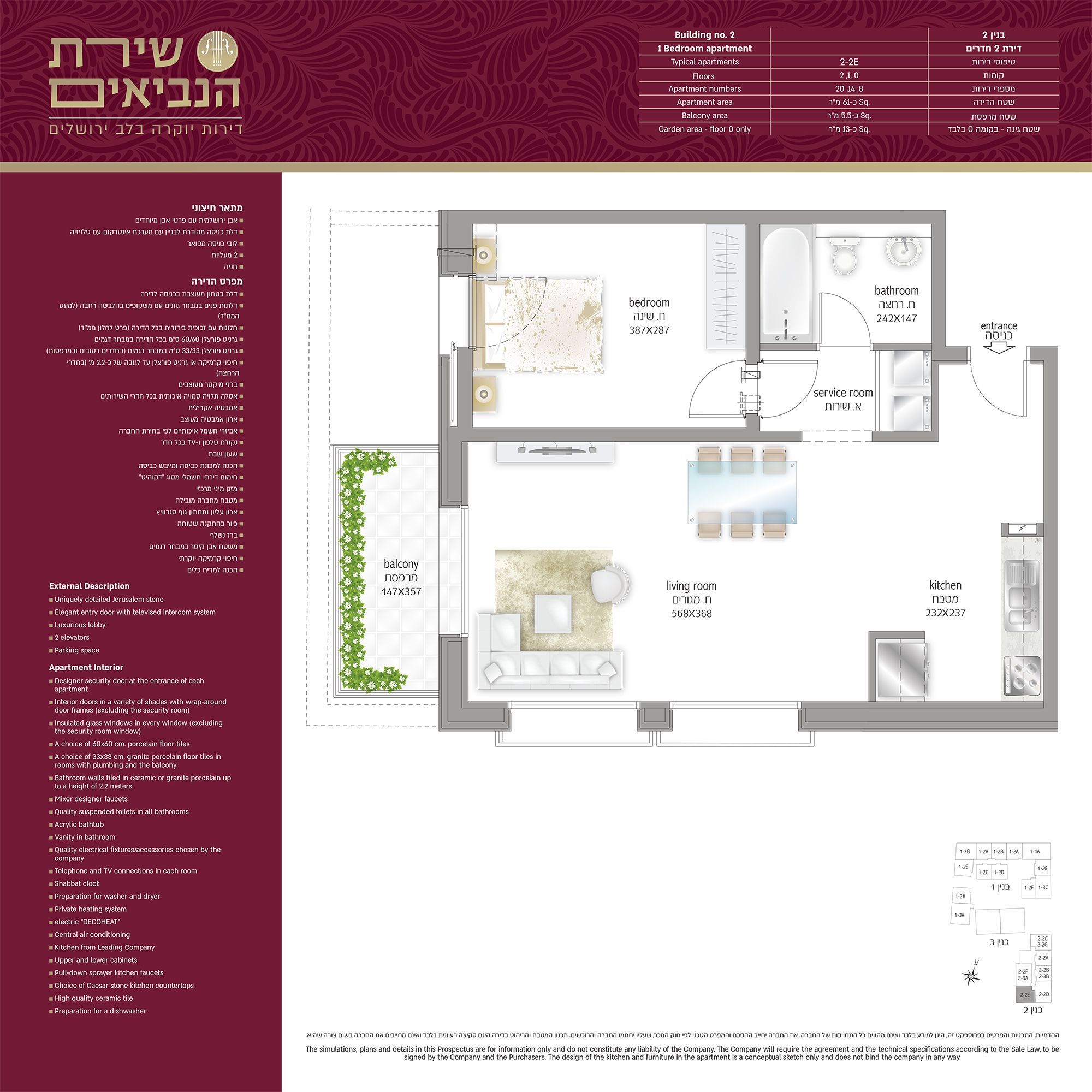 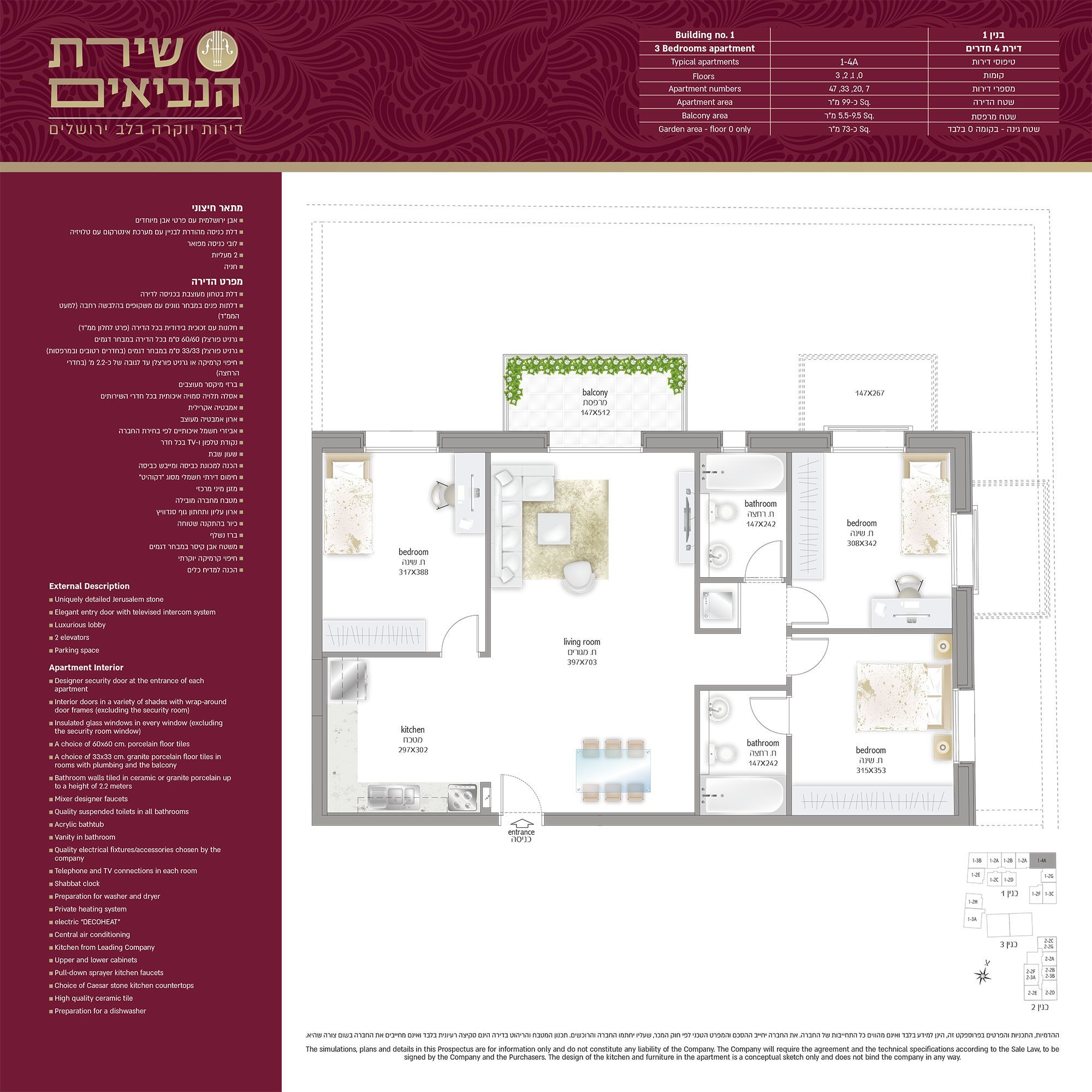 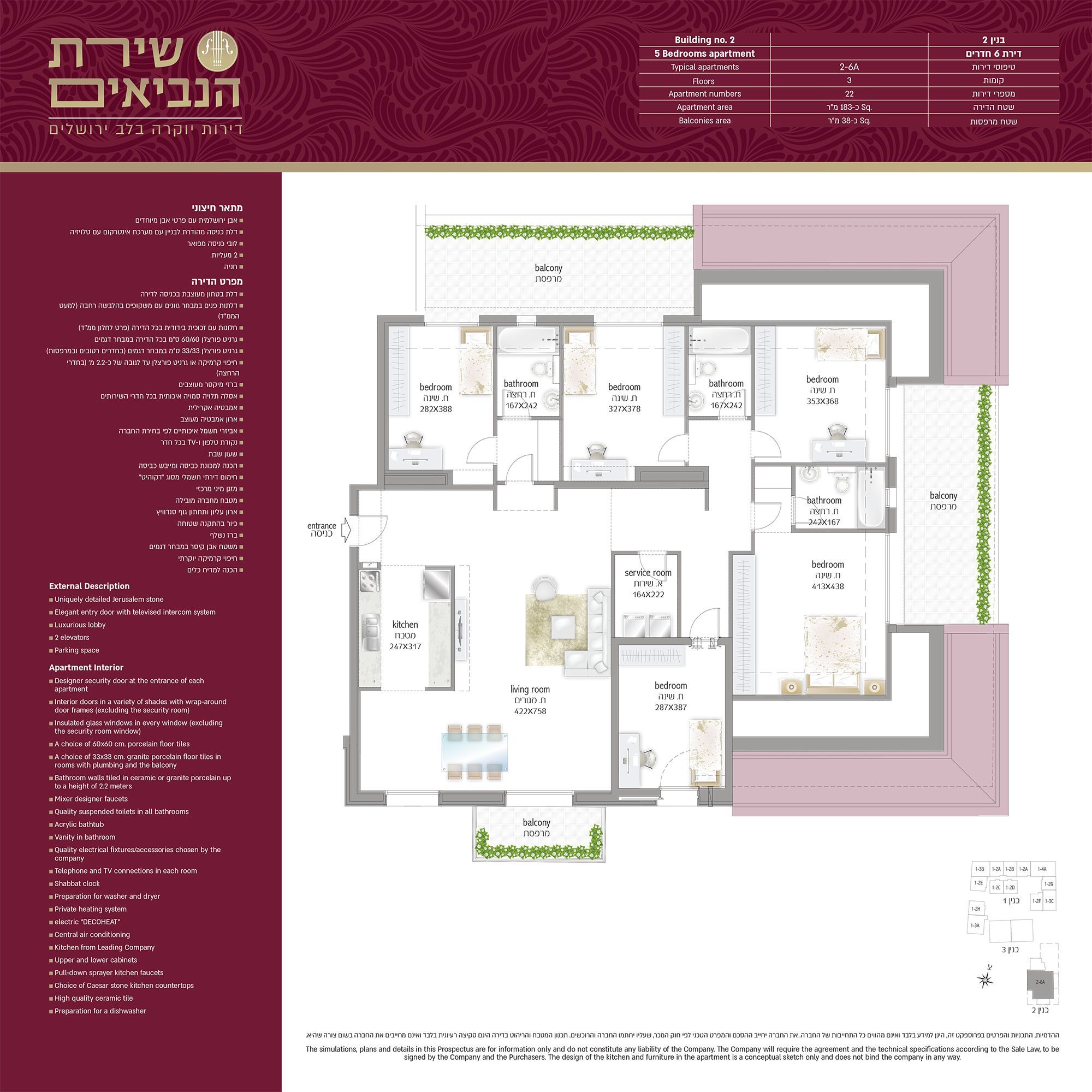 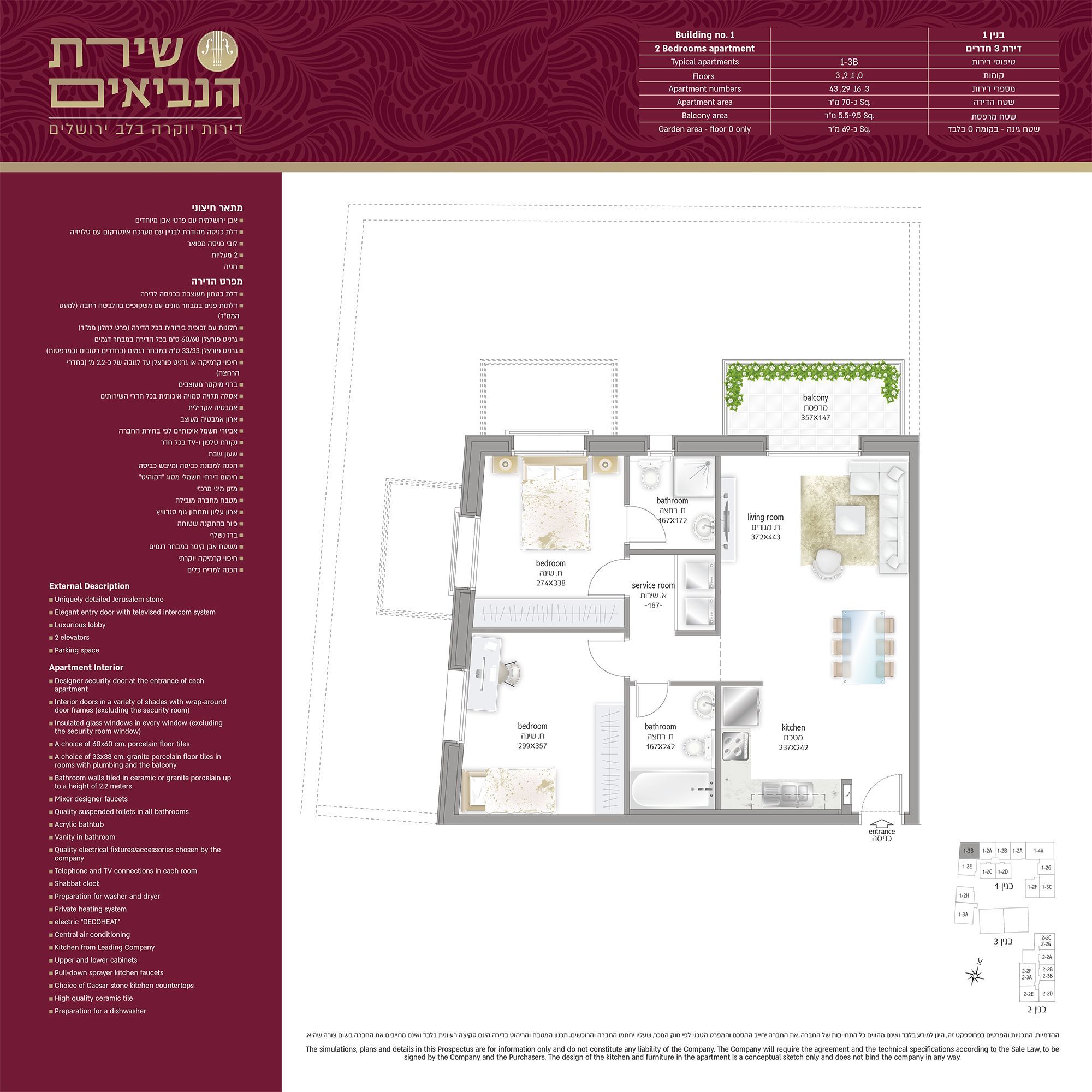